Continuing our back and forth locations for the annual swap meet, the Spring event this past April found us back at Whitehead Performance after departing Brantford Nissan. We were hosted once again by Mike Hansen, the Shop Manager and you didn’t have to look too far to find Greg Whitehead, Cathy and Steve working hard on set up duties and getting the BBQ area ready to go. 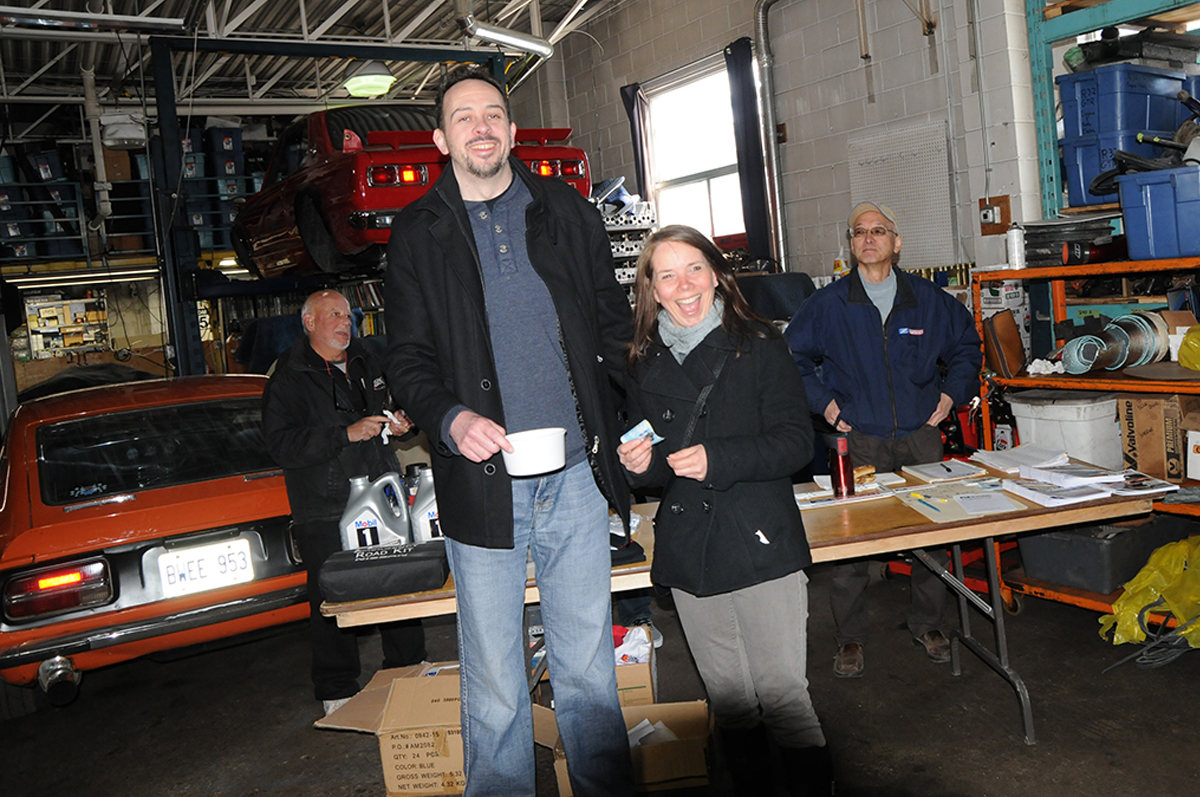 The swap meet was held on the last weekend of April in the hope that the weatherman would cooperate with us. It seemed to work as the day was good, dry and sunny so anyone set up outside was able to enjoy the warmth from the solar effect. The OZC club table was set up inside the shop and it was actually a bit cold inside. It was quite enjoyable to go for a short walk outside to check out the vendors selling their stuff and to warm up your body parts at the same time.

It sure seemed like there was no shortage of vendors this year as both inside and outside spots were quite busy. I counted just over a dozen guys selling their stuff. There were more of them selling outside than inside. Attendance was up this year as the number of people bargain hunting and browsing for parts made moving around a bit of an adventure. I don’t know if the sellers went home happy with less inventory and more cash in their pockets. At least JP Matte was pleased as he sold off his set of rims and tires instead of having to haul them back home. The club had another good day too as 14 people paid their membership dues which included 3 newbies that decided to join us. Our Merchandise Director, Terry Weston sold off some of our inventory of club branded hats, t-shirts and we even sold one of our OZC car blankets that were purchased a good number of years ago. As the morning wore on, more and more people ended up at the BBQ stand being manned by Greg Whitehead, Cathy and Steve as they were busy cooking and keeping up with the food demand. Their efforts were much appreciated by the hungry patrons. 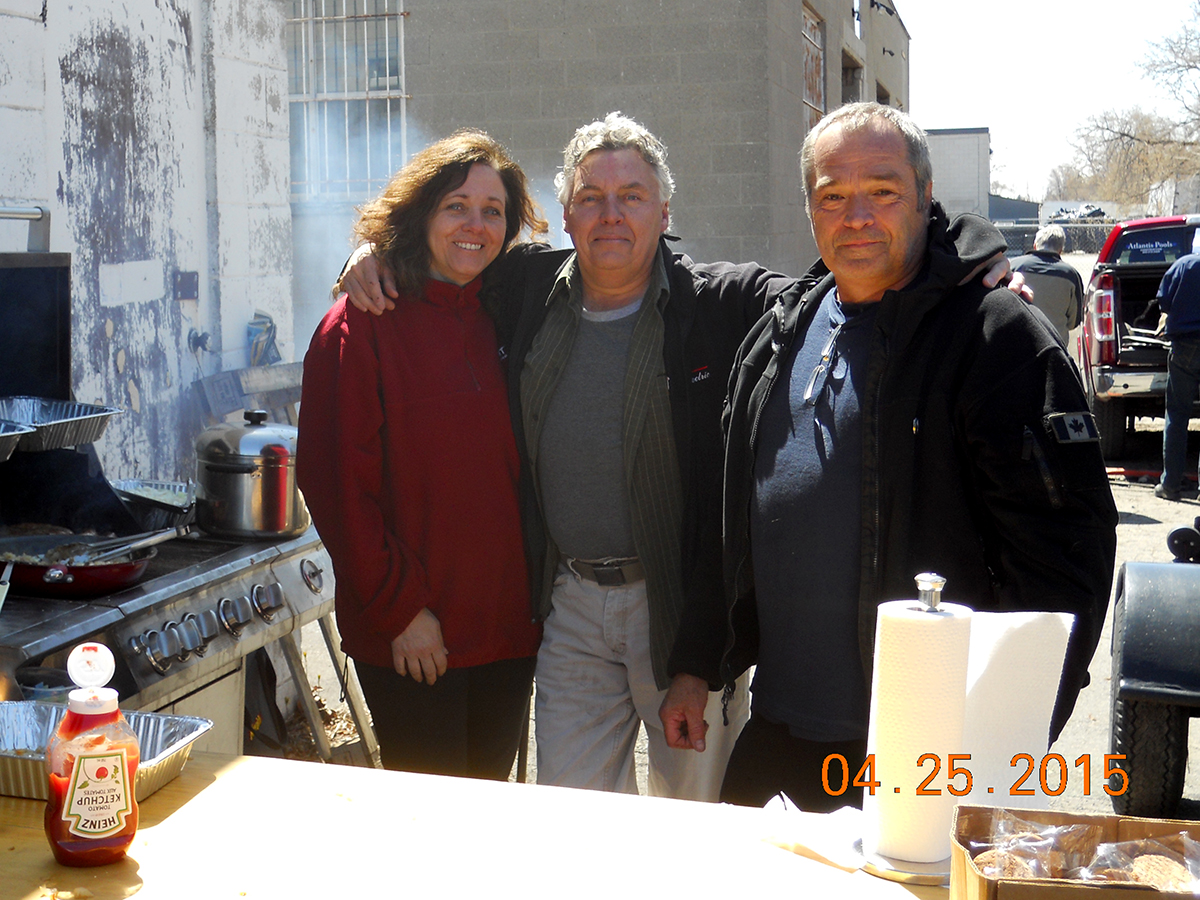 In the early afternoon as things started to wind down, our Prez, Nigel White thanked our hosts at Whitehead Performance for putting up with us once again and making their shop available for the swap meet. Nigel drew tickets to give away some door prizes like motor oil and thermal cups that were donated once again by Rick Scott, Parts Manager at Brantford Nissan. We also blew out a number of left over prizes from Z-Fest last year. Finally, the 50/50 cash prize winning ticket was drawn and the lucky winner was Greg Whitehead’s partner Cathy, who took home $70.00.

Last thing we would like to do is to remind everyone that we will be back at Brantford Nissan on Sunday October 25 for our Fall swap meet. So save your parts for a while longer and make some cash by selling them there or come out to browse for those hard to find parts and set up your winter projects.

See you at Rick’s place!