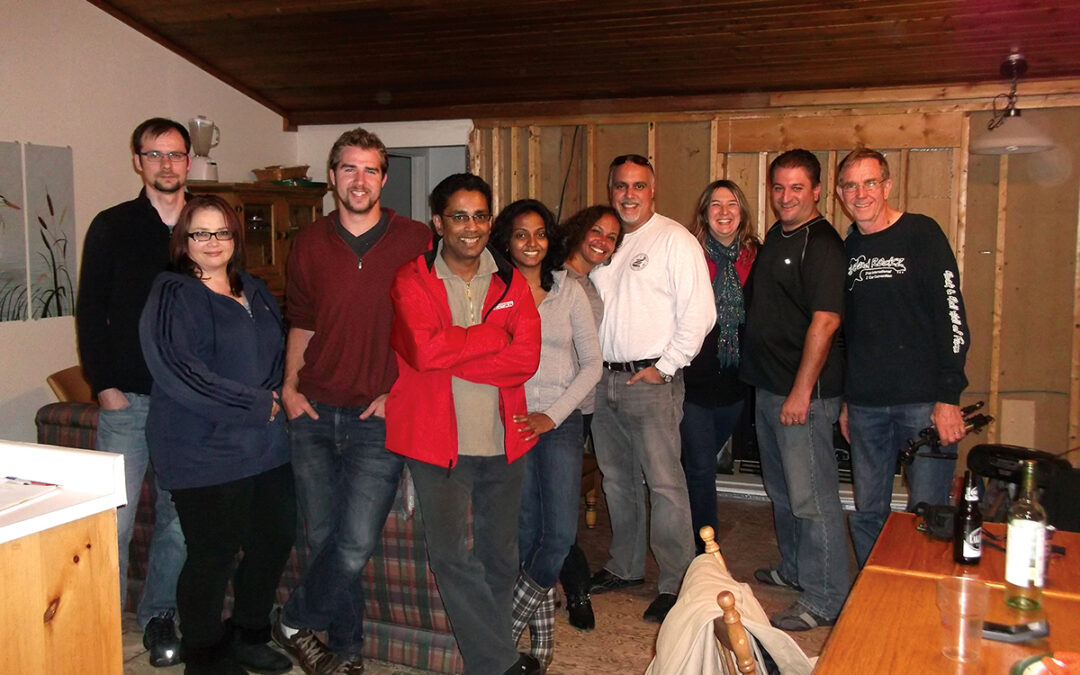 The tour got off to a late start due to rain and a crash on Hwy 400 northbound, but when the participants got past that, they drove into sunshine and dry roads. There was a quick stop at Eric’s cottage to discuss whether we would all go on different tours, as Eric had set up four different options, or all together. Since it was a small group we decided to stick together, as we always do, led by Eric. There was a rousing discussion about whether or not the participants would do the “treasure hunt”, which involved answering questions and getting out of the cars. Since it was Eric’s tour he insisted we do so, even though we were all together. In the end we collaborated rather than competing, which was probably more fun.With a larger group we would stay separated, as it could get quite crowded at some stops.

We had several spouses joining this tour, so it was decided to hit the chocolate factory first. Even tjhough it is only 15 minutes from the cottage, we had so much fun looking for Zs on tombstones on the way there, it was already lunch time. We had a very pleasant lunch in our own room in Abbot’s in Craighurst.

After lunch we had a spirited drive along Ingram road and other scenic, twisting back roads, finally hitting Southwood road.  Erle had a prior commitment in the city and had to leave us at South Sparrow Lake Rd. Southwood was great until we got behind a convoy of ancient Studebakers doing about 30 km/ hr. We pulled in at the Torrance Dark Sky Reserve to answer some more of the questions where we decided how to complete the  remainder of the tour. Raji and Kisa, Lou and Kim, Sean, Andrea and Lisa decided to re-run Southwood both ways for a total of three passes. Eric offered any one of the ladies who would rather see scenery and Big Chute to ride with him. They all were up for Southwood, so Eric led Anthony and Daniella on a scenic tour through Bala and on to Big Chute.

After Big Chute, Eric left to get groceries while Anthony and Daniella carried on the planned tour. Daniella was determined to answer every question, and made Anthony slow down and even turn around to make sure she got them all. Evan though we were now  split into three groups, we all arrived back at the cottage within minuted of each other, where Eric barbecued and the ladies put the rest of the meal together.

Finally after a very pleasant evening of eating and very little drinking, with lots of conversation and laughs, it was the general consensus that this was the best tour of the year. Eric extended an invitation for all to come in January for some winter activities, including snowmobiling. 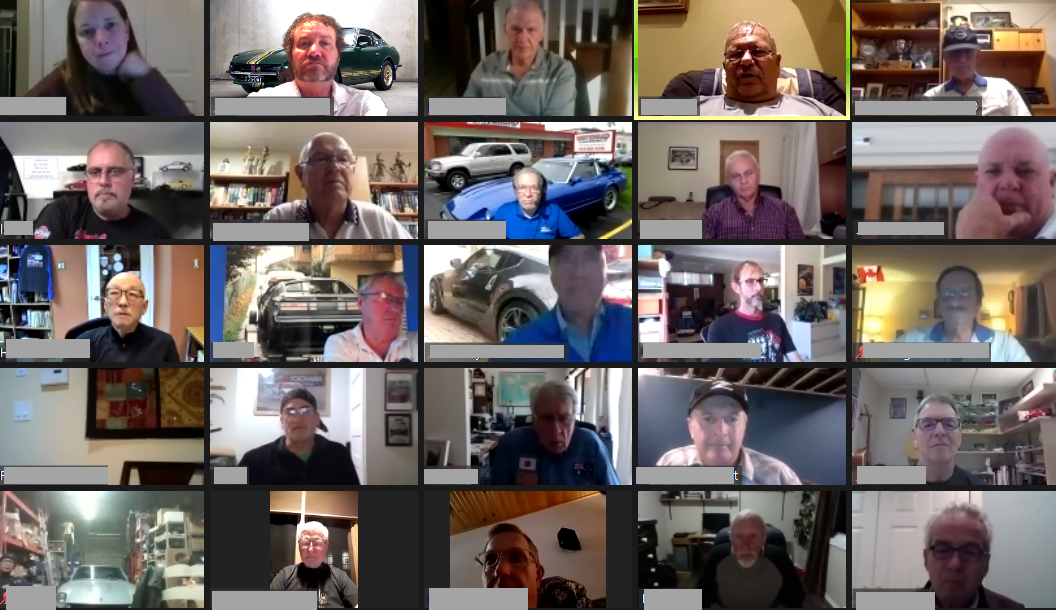 Join Ontario Z Car members and special guests for our monthly club meeting.  Normally we have physical meetings located in Toronto and west of Toronto, but during COVID-19 we're holding […]

Relaunched in 2013, Datsun currently produces a range of small cars for emerging markets in Asia and Africa. But the Nissan-owned company was at a point one of Japan's leading sports car manufacturers. It happened in the 1960s when Datsun introduced the iconic 240Z and 510. Both were imported into t...
View on Facebook
· Share
Share on Facebook Share on Twitter Share on Linked In Share by Email
View Comments

When we held a spring photo contest with our good