Dyno Days are back! 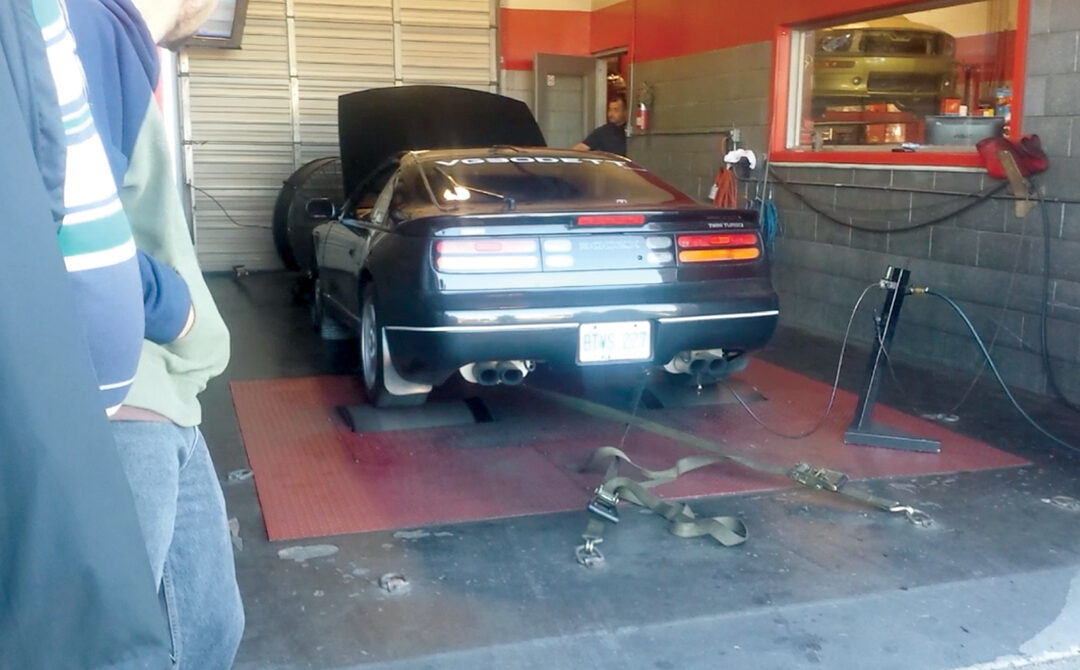 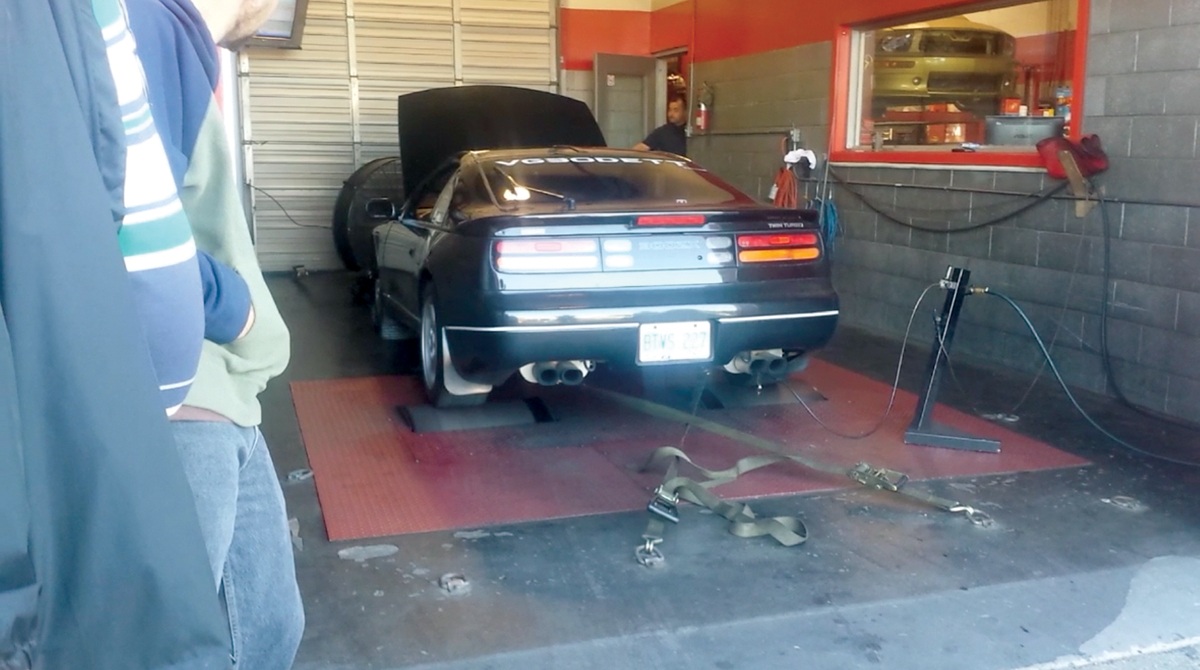 First off I figured I should introduce myself as I am a new member as of this year. My forum name is pretty straight forward, 300ZXTT and as you could probably guess I own a 300ZX Twin Turbo.  I’m sure some of you would recognize me as I’ve attended a few of the events this year. The car is a 1990 black on black 5 speed with a few modifications. I’d go on about the horsepower and all that but seeing as these are the high lights from the Dyno day, I’ll get to boast about those plenty. While on the mad search for a fun sports car that was affordable, great style and something that could be easily modified, I came to the conclusion that the 300ZX was the one for me. That was about three years ago and I’ve been obsessed ever since.

Luckily once the time came to actually get one of my own I ended up on the forum and Doug71zt (Doug Mitchell) had one for sale. As soon as I saw the ad I contacted him and told him that he could consider it sold. Since then I have remained in contact with Doug and he has been a huge help with any questions or concerns I’ve had with the Z. He’s has even gone so far as offering to install parts for me and give me a hand. So to Doug – Thanks so much for making my Z car dream come true as well as making the buying experience very smooth and fun. 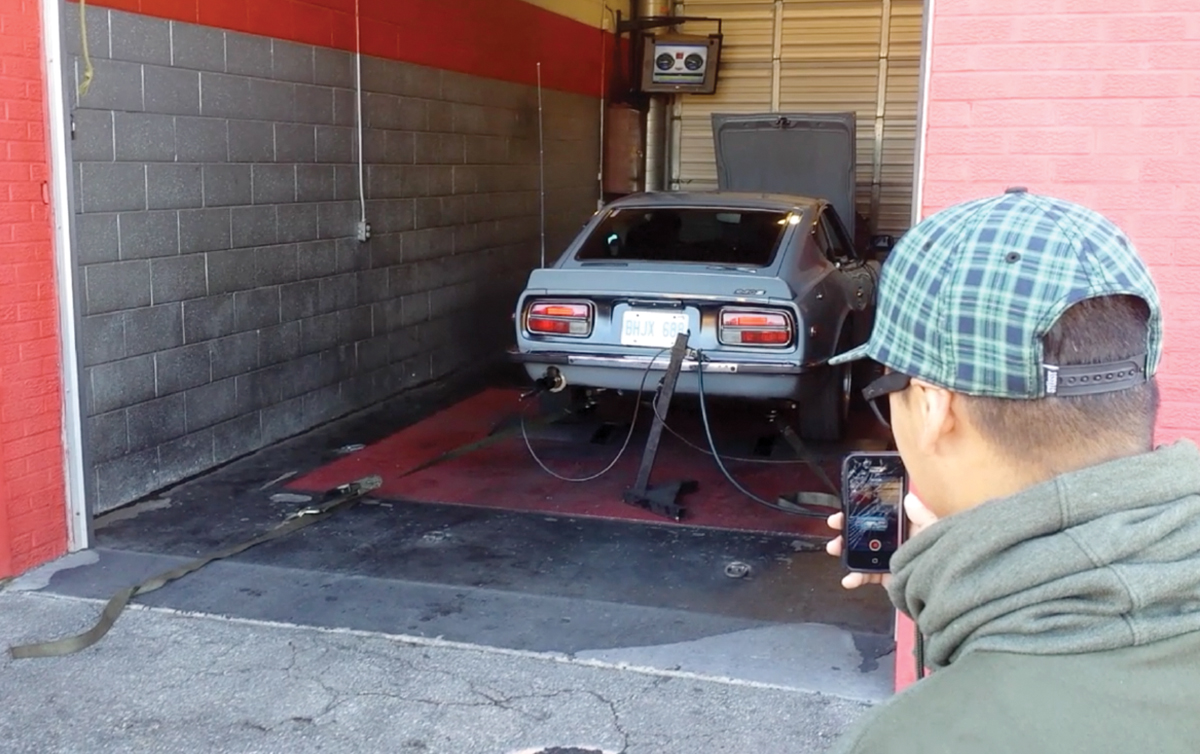 Ok Ok so enough about me, on to the dyno day. After attending a dyno day myself with a friend’s MR2 Club I got the idea to create an event for OZC. Posting on the forum was the first step and interest in the event grew quickly. In the end about 15 people were in and ready to see how their machines would stack up to the others in the club.  Speedtospare (Ryan) contacted me letting me know that he would be willing to lend me a hand and help organize the event. So after Ryan took it upon himself to find a shop that would be on board with the Zclub and a tuner to get the cars set up the event became official. Ryan – Thanks so much for planning the day with me and making the event run as smoothly as it did.

Come dyno day myself and Doube (Alex) another Club member, met up early at about 5:30 to hit the road, we had to drive from Sarnia to get to the tune shop, Maximum Performance, for about 8:30. Once we arrived, there were already a few members there. Ryan was already getting people organized and ready to go and I was first up. 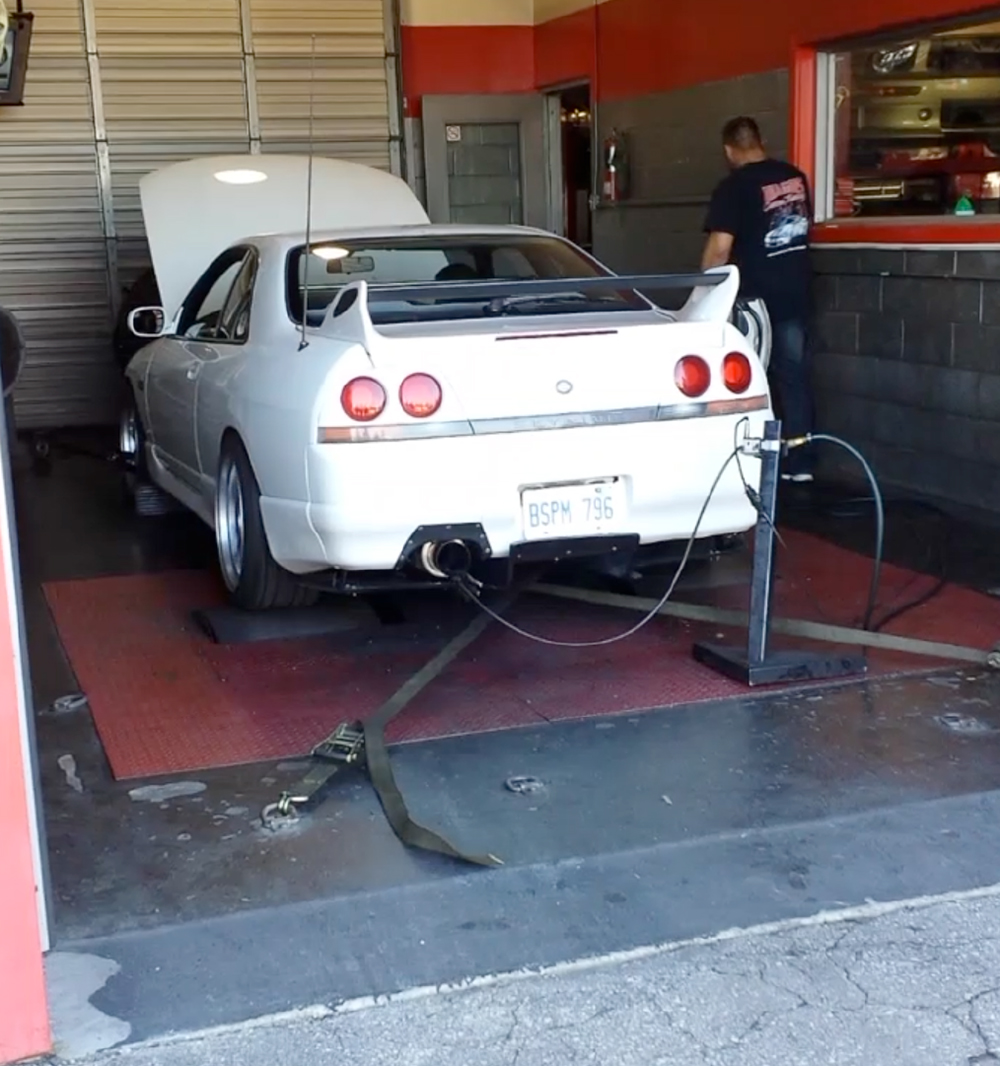 Diago Lopes was the tunners name, and boy did he and his assistant do a quick job of getting the cars strapped down and ready to go. The deal for the day was two dyno runs for 50 bucks and for an extra 10 you could get the air fuel ratio as well. Pretty well everyone jumped on the air fuel ratio. It’s piece of mind when you finish your dyno and you see your air fuel is tuned right, especially when you’ve done a few mods like I have. The entire process only took about 15 to 20 minutes tops to get it in and out of the shop.  At the end of the run everyone got a print out of how the car did. I was very happy with mine. I was expecting  315hp to the wheels and ended up with 338hp and a perfectly tuned air fuel ratio.

Up next was Alex with his 350z, he ended up with a respectable 224hp. His car was definitely one of the louder and more impressive to watch than a few because of that. But then came along Nigel in his Honda Accord… yes, in an Accord, unfortunately he missed the dyno day with his Z by one day as his was in the shop. Anyway, no one really knew what to expect from his, although it’s  a V6. So Diago hopped into the car and backed it into the shop, as this is a front wheel drive car, and got it strapped down. Then through the gears to 4th, 4th is used as most cars have a ratio of 1:1 in 4th and then he let the accord have it. After finishing up, Nigel had a good grin on his face as he presented his dyno chart of 268 hp, yes beating Alex and his Z. Talk about putting salt on the wounds – Sorry Alex for bringing it up again but it is funny haha.

The day continued on with lots of revving engines almost hitting redline, everyone talking about the numbers they got, and hopping to get, and gathering around the next car to be put to the test. More people filtered in throughout the day. We had a good selection of cars, Even getting a 2009  Mercedes C63 AMG putting out 350hp, 1995 Skyline GTS putting out 284hp and Ryan with his heavily modified mustang, a 1993 LX putting out a whopping 435hp. The day ended much sooner than planned as cars were in and out of the shop all morning one after the other with the tuners barely taking breaks, wrapping up the day at about 12:30. The weather all day was perfect, cool and comfortable in the morning and shaded by the dyno shop in the afternoon. But the more interesting thing isn’t so much about the write up but more about how everyone did. I put together everyone’s outcome for the day. So enjoy, take a look and think about joining us next year. Think you can beat any one who has the same model as yours? I definatly plan on getting another dyno day together for next year if there is similar interest.