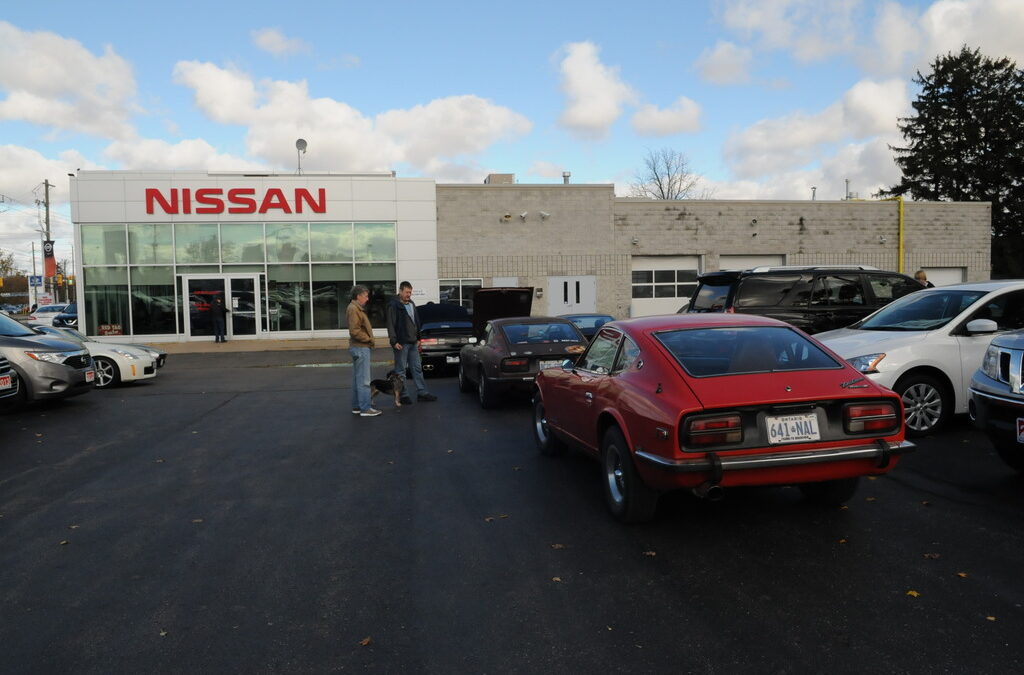 Most of you club members have come to expect the opening event of the year to be our Spring swap meet and it’s been a number of years since we’ve held a second swap meet in the same year. We’d thought we would try it again and so with a push from Rick Scott, Parts Manager at Brantford Nissan, Rick hosted the OZC Fall swap meet at the dealership on October 25th. 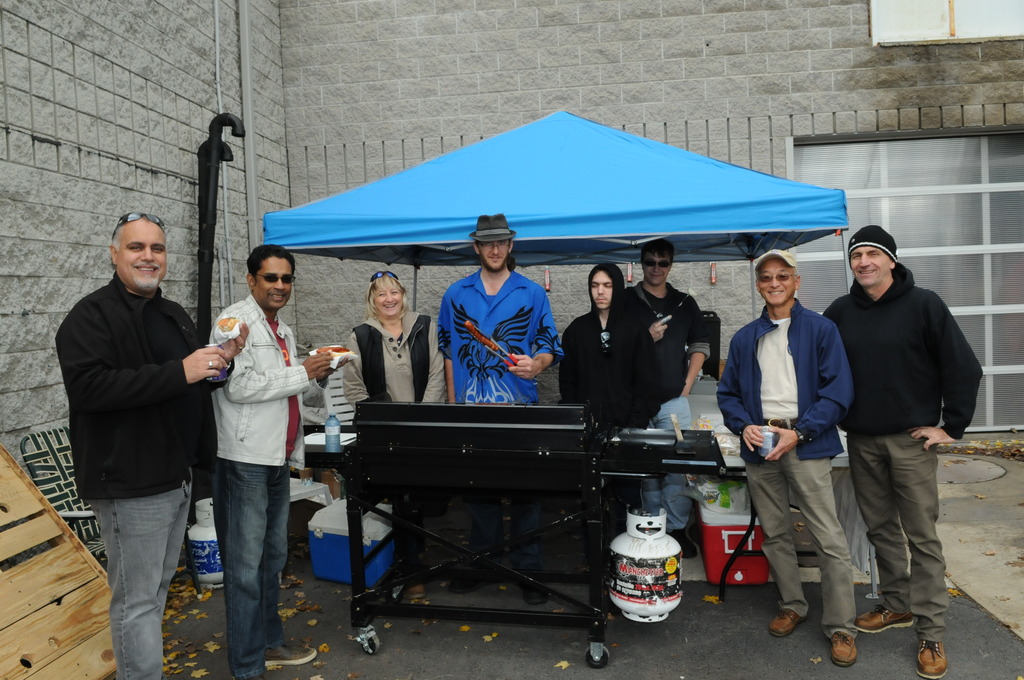 Despite the time of the year, the weather conditions that day were really good. The temperature was up and the roads were dry, resulting in a number of Zeds showing up in the parking lot. Things were kind of quiet inside the shop as there were only about six guys set up with tables selling their parts. As usual, the OZC club table was set up inside too and we were taking in new members and encouraging the regulars to renew for 2016. Terry Weston, our Merchandise Director had some stuff on display, namely hats, samples of OZC branded golf shirts and other miscellaneous items. Mauricio also dropped off some of our autographed Randy Rodriguez 370Z posters too.

Again there was no shortage of action outside in the parking lot as there were actually more guys outside selling parts from their trucks and vehicles. Anyone hungry could buy their lunch from the BBQ that was organized that day by Why Not City Missions (WNCM) who we were happy to partner with us once again. WNCM has been actively reaching out to support the at-risk youth and the homeless population since 2002.

It was a short day as things wound up in the early afternoon. The club signed up three newbies and renewed eight others and sold a couple of golf shirts and some posters. There wasn’t much action on the sales of the 50/50 cash draw tickets so we gave all the proceeds to the WNCM group.